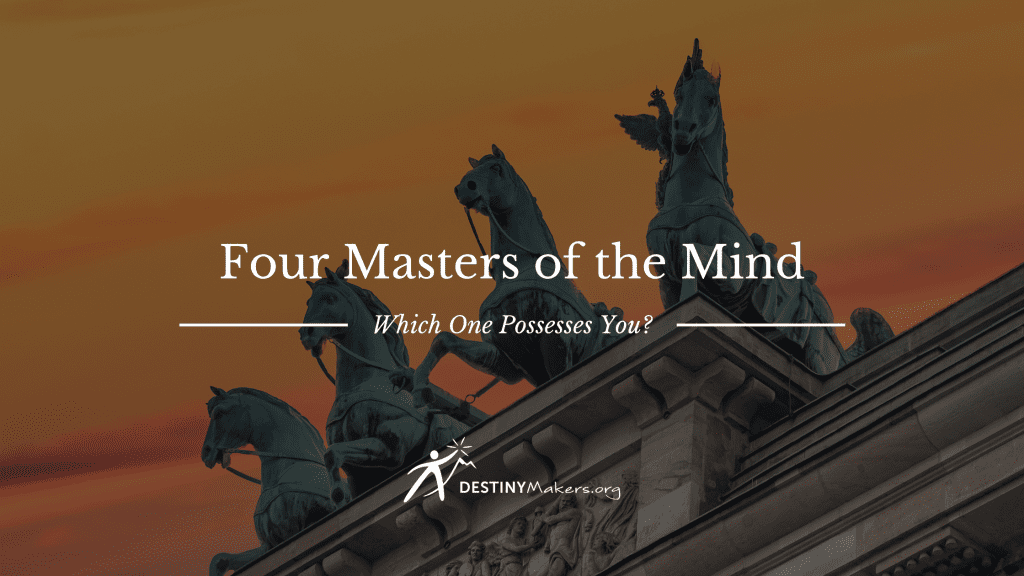 In this four-part series, we’ve been looking at the Masters of the Mind – those dominant patterns of thinking that shape your perspective and trigger automatic, programmed attitudes and behaviors. We’ve seen that the Whiner is identified by complaining and comparison resulting from a self-image of inferiority and insecurity. The Worrier entertains fear and anxiety, envisioning potential dangers with disastrous results. Both have the proclivity for producing immobility. Individuals mastered by these menacing mindsets don’t tend to grow very much, let alone live in the richness of their abundant, God-ordained destiny. 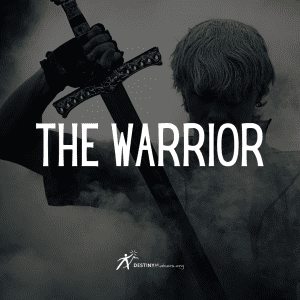 By all appearances, it’s the boldness of this third master that’s often esteemed yet carries potential missteps when enamored by its own bravery. That’s because the Warrior is often armored in strength and courage. It stands ready and sure-footed for battle. It speaks with confidence and assurance, deflecting fear and crushing defeat. To the Whiner and Worrier, the Warrior is a beacon of hope. It is afforded admiration and inspiration because it appears fully qualified to fill the flaws, faults, and inadequacies the others possess.

While justice, courage, strength, faith, optimism, and perseverance are all virtues of a Warrior mindset, there are cautions to consider. The first and most fatal is the knowing, with certainty, God has called you into the battle. Though you may be anointed with Warrior qualities, you may not always be appointed to execute at such a time. Like the ancient battles of Israel, when the armies forged ahead without inquiring of the Lord, they moved outside the protection of God’s covering and were typically trampled. When the Warrior works in the power of the Almighty, it rests and relies on the strength of the Lord for its victories. The battle always belongs to our God.

A second caution occurs when the Warrior is so poised for a fight that it misjudges the heart of God’s strategy, using the wrong weapons of warfare or attacking the wrong adversary. Ephesians 6:12 warns us that “our struggle is not against flesh and blood, but against the rulers, against the authorities, against the powers of this dark world and against the spiritual forces of evil in the heavenly realms.” A Warrior mindset fixed on fighting others creates a habit of looking for what’s not right in people, making itself the judge and juror of morality. Extolling warfare can unexpectedly exalt ego and arrogance, hardening the heart and hurting people in its path. It takes a discerning, Spirit-led Warrior to differentiate the source of the problem from those simply propagating the message.

The Warrior’s most successful strategy is to model the motives of Jesus who never retaliated against others. He came to bless, not to curse. Rather than replicate the forces of darkness using lies, threats, condemnation, anger, and shame, Jesus only did what he saw his Father do and say what he heard his Father say. He unveiled earthly entanglements rooted in spiritual deceptions with Holy Spirit revelation, truth, and power. And He invites us to do the same. 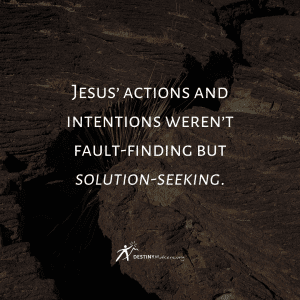 Jesus’ actions and intentions weren’t fault-finding but solution-seeking. He gave little time and attention to the demons of darkness. Rather, he decreed the truth, the power, and the life of God’s word over spiritual forces and natural circumstances, fully dismantling the works of the enemy. Even during his own temptation in the wilderness, Jesus did not attack, react, or retaliate. He simply, but powerfully, used God’s Word as his weapon of warfare. When savagely beaten, scourged, taunted by the Pharisees, and threatened by Pontius Pilate, Jesus – Lord Sabaoth, the Lord of Angel Armies who created all things and under whose feet all things in heaven and earth have been placed – didn’t argue his authority or call down heaven to wipe them out with a word. He, who could have called all the hosts of heaven to come to his aid and obliterate the enemy, did not respond with hateful, condemning, or condescending retorts. He remained silent, knowing his assignment, and turned his attention to the heart of the Father.

The Warrior mindset, fully yielded to God and attuned to His Spirit, stands secure above the circumstances and reckons all things unto God. It does not give in or give up but holds fast to the promises and power of our resurrected Christ to reclaim territory the enemy has stolen. The Warrior knows beyond knowing that Heaven has already won, and it celebrates the “Amen” before the battle has even begun!

“Put on the full armor of God, so that when the day of evil comes, you may be able to stand your ground, and after you have done everything, to stand. Stand firm then with the belt of truth buckled around your waist, with the breastplate of righteousness in place, and with your feet fitted with the readiness that comes from the gospel of peace. In addition to all this, take up the shield of faith, with which you can extinguish all the flaming arrows of the evil one. Take the helmet of salvation and the sword of the Spirit, which is the word of God.” – Ephesians 6:13-17

Doreen is a mindsetting consultant, international speaker, best-selling author, and Spirit-filled Christ follower. Best of all, she’s an “incurable” cancer conqueror who gets to live her passion and purpose - transforming people and growing lives into the fullness of GOD. Whether working with organizational leaders or the faithful body of Christ, Doreen facilitates processes that help others transform their behaviors by the renewing of their mind.

View all posts by Doreen Lecheler →